Climbing, swimming
John Cooper is the protagonist of the Desperados series and the leader of the team. He is a classic gun slinging bounty hunter.

John Cooper learned the basics of bounty hunting from his father James Cooper, a seasoned bounty hunter, at very early age. The tragic death of his father had a deep impact on his early life until he managed to get his revenge. With age he has gained more skills and prudence, and made quite a few good friends and partners, specially Kate O'Hara, his lover.

Cooper is a man of few words and a loner by nature. He never stays in one place for long. As soon as he has completed his bounty hunting in one place, he moves on. When he has no need of a gang, he prefers to work alone. But Cooper knows only too well from his experience that even a Colt holds just six bullets, which is why he seeks out a few old partners now and then to help him with particularly dangerous missions. His sharp intellect makes him the leader among his team and allows him to track down any bandit, no matter how clever.

John Cooper is a phenomenal gunslinger carrying a Remington New Model Army revolver with 6 firing rounds as his standard weapon. This is the most rapid firing of all weapons and he can take shoots at three targets in quick succession.

Cooper has a knife in his possession and can throw it at an enemy to kill him.

He can also stab enemies to death with his knife or use it to cut ropes and other items.

He can punch enemies to knock them out.

Cooper uses a musical watch to lure enemies by playing a melody.

He can carry a person and also can saddle horses. He is the most agile in the team and can climb sheer rock walls or other uneven precipices.

Cooper carries a knife which he can use to stab and kill an enemy in close combat.

Alternatively, he can punch an enemy to knock them out.

He can also throw his knife to kill an enemy at long range but then needs to retrieve it again for the next use. Until then he can also not perform melee kills and is limited to his fist.

Cooper carries fake coins with him which he can throw to create noise and distract enemies. By throwing coins at horses and bulls he can also irritate them and cause accidents. Irritated horses will knock out any person standing behind them and bulls will kill anybody in front of their horns. Cooper carries two revolvers:

a Remington New Model Army and

He can dual wield them to shoot two different targets simultaneously. Ammo is shared between both revolvers and there is no functional difference between them.

Additionally Cooper can climb ladders, ivies, and ropes and also swim. He can also tie up unconscious people and carry a single body in standing position. 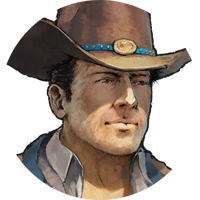 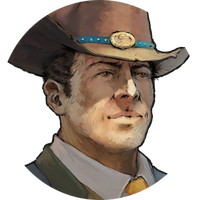 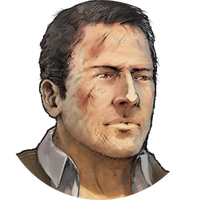 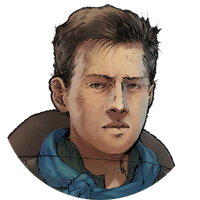